Elmo IS a Pedophile 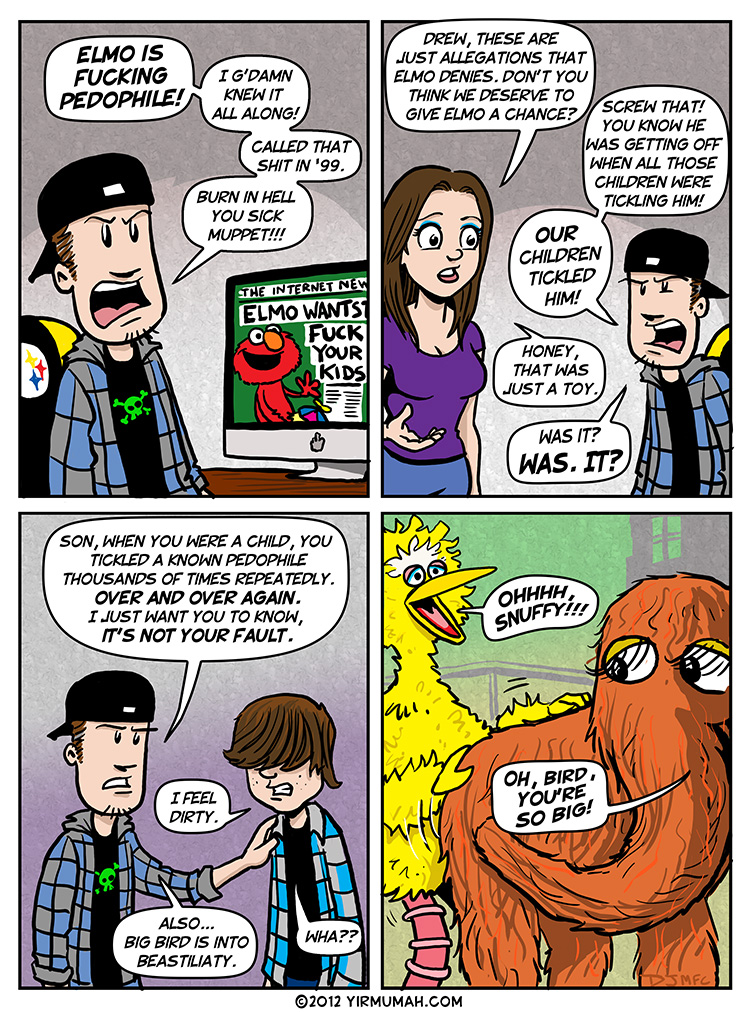 Hey listen, it hasn’t been proven in court yet, but we read it on the internet and TMZ which probably makes it so.

Will you still tickle him or make him do the Chicken dance?

Truth is… the world is a sick place, full of a bunch of sick people who get close to children in their jobs. Jerry Sandusky? Michael Jackson? An entire college couldn’t believe that Jerry Sandusky was diddling little kids. And just because Michael Jackson wrote some awesome songs, his “true fans” never want to believe he had a fetish for the kids. UGH.

So what if it’s NOT true? The damage is already done. Like it or not, the next time you see an image of ELMO, you’re going to be thinking something WAY different now. And news flash… innocent people don’t take a “leave of absence” from Sesame Street. Guilty, ashamed ones do. So, please go tickle  yourself to death, Elmo. It’ll make for a much better ending to this story that the internet and our fucked up culture will LOVVVVVEEEE it!

Unfortunately, some of your childhood icons grow up to be freakazoids, pedophiles, rapists and dickbags. Welcome to reality.

In a way, I’m glad we have the internet and gossip media to take creeps to task. Less of them are getting away with it these days. And SURE… it could all be a money grab… but that’s  what they say about pretty much ALL victims of stuff like this and the ones with money and fame walk away scott free.

Message from the King Of Pop

Michael Jackson jokes never got old. This is right around the time the media was focusing on the new accusations of him sleeping with boys. UGH, what a freak. I still can’t believe he’s actually dead now. It seemed like he was going to live forever molesting children in his fairytale land. What a giant freak. Good riddance.