State Of The Terror 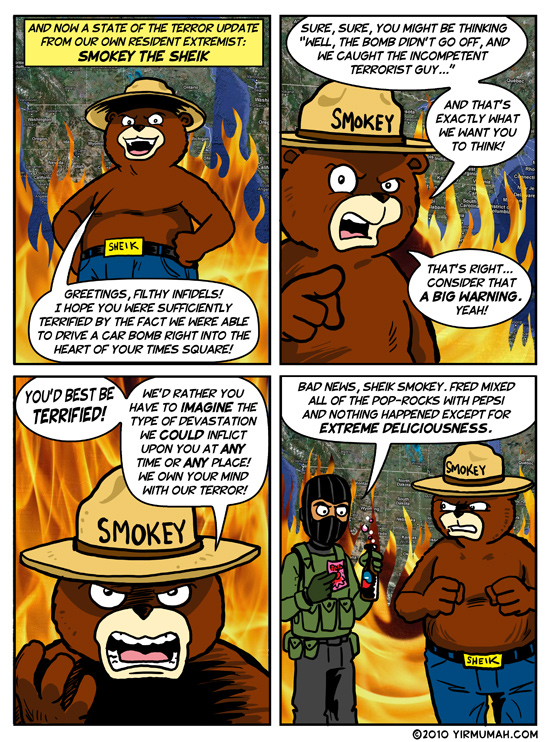 Listen up… Smokey the Sheik is one character I’m SO proud of. He was born from the conspiracy theory I had that Al Qaeda was setting all sorts of forest fires out west… especially after all of the fires started right after Osama put out a message saying “Americans will feel fire at their feet”. I remember news reports that were quickly hushed up about Homeland Security and the FBI looking for middle eastern men who had been seen setting fires. If you think about it, it would be a pretty awesome terror weapon if they would have ever claimed credit.

Anyways… Smokey the bear stops forest fires… OR is he the one starting them!?! Smokey The Sheik was born. Jihad!!!

Special note: I think I wrote something really rude in an arabic font or some sort of hidden message, but I have NO idea what it says now.